In the autumn of 2014, Kurds from my city (Almere, Netherlands) organized a walk around an inland waterway. the distance of which was just as long as the distance between Kobani and the Turkish border. At that time, DAESH seemed to strangle Kobani. With this walk, these Kurds wanted to draw attention to the terrible situation in northern Syria and also asked if there were people from education who wanted to help in Rojava to modernize education. I raised my finger and these Kurds became friends for life. In October 2015 they brought me to Qamishlo and Rimelan (Rojava). For me, it was a step into a completely unknown world. For the first time outside of Europe, in a region freed from DAESH by its own population units and where, through the withdrawal of government institutions from Assad, an autonomous government set up a democratic society, with equality for men and women, religions and cultures. A bottom-up society, with attention for people, nature and animals. And the great desire to modernize education, in which these principles of society would be given a central place, taught in their own Arabic, Kurdish or Assyrian native language.

During that first journey, I was moved by recognition and drive in this bottom-up democracy, which were also mine and that connection became stronger in the years that followed.

I was shown around by primary schools, secondary schools and university and I was always expectantly asked the following question: Can you help us with the change of education? I had our basic principles of basic needs (Prof. Luc Stevens) that we use in our education system in the Netherlands translated into Arabic. Every person is built to develop themselves and has a natural need for autonomy, relationship and competence.

Autonomy: children want to have the feeling that they can do things themselves. The pedagogical answer to this is offering safety, space, guidance and support. Individual freedom is important, but always in relation to the other and while maintaining their freedom. Autonomy refers to relationship.

Relationship: Children need relationships, both with their teachers and with other children. They want to feel that they belong. Children and adults feel jointly responsible for a good atmosphere and if it is difficult, a child can count on the support of the teacher. Listening, offering confidence, acting when it is really necessary, creating inviting circumstances, setting a good example, challenging and supporting are important pedagogical conditions for the development of good relationships.

Competence: Children want to show what they can and experience themselves as effective. That requires a challenge. This is only possible if the education is geared to the possibilities and (basic) needs of the student. Not paying attention, just participating, underperforming, not daring, they are often signs of coordination problems. A teacher who takes the development of her students seriously offers the student room to formulate appropriate learning goals for himself and to achieve achievable results for him. Dealing with students at school is therefore a succession of pedagogical moments.

If our visions agreed, it would make sense to continue talking. In particular, it is incorrect to simply transfer a Western educational system to another environment. The ideas must come from within and so does the subsequent development. Then we can see how we can inspire and support each other. An equal relationship, therefore.

I saw great passion among the teachers at the schools to teach children in their native language. Telling about gender equality and learning to live together, even if you differ from religion or culture. And the great hunger among the children for knowledge. It impressed me. Yes, technically large steps could still be taken, but the desire for learning was so strong and motivated that we can still learn from it in the Netherlands.

At my place in the Mesopotamia Academy where I stayed, I thought it would be best if a delegation from Rojava would come to us in the Netherlands. I would show them everything and then they could decide for themselves what suits them and their situation.

During my first visit to Rojava, October 2015, something unique had happened. The Education Co-Minister, Semira Haj Ali and I became close friends. I didn't speak Kurdish, she didn't speak English, but we fully understood each other. We shared the principles of the autonomous government and the passion for education as well.

Samira kindly responded to my invitation to come to the Netherlands. There had already been many foreign guests who had promised everything. Support and support - but nothing was heard of them anymore.

Once in the Netherlands I went to work with a nice program for my visitors. I just didn't count on my own government being troubled. The authority issuing visas on behalf of the government refused visas because they were afraid that the guests would apply for asylum in the Netherlands. I was saddened by so much ignorance. If the Dutch government really started to research into the democratic revolution, they would understand that my guests are driven to build their own region instead of leaving their people behind.

After a year of objection and due to legal proceedings we finally received visas for three instead of five guests, and in March 2017 the time had come. I could welcome my friends from Rojava at Schiphol Airport and give a tour for 10 days, to an Agricultural University, various primary and secondary schools, Nuffic Organization a welcome to the town hall of Almere, education for children with learning difficulties and explanation about the Dutch education system.

Full of impressions and info, Yisra Derwich, Ridwan Mihemed and Samira Haj Ali went back to Rojava. It was a return journey with obstacles, but they eventually returned safely.

In May 2018 I was in Rojava again and they enthusiastically showed me the changes they had made. A congress focusing on pedagogy (sharing knowledge about it), the change from a classroom system to more ownership and the schoolbooks that were rising ever higher. Teachers who were better trained and supervised. Education that was offered in the native language, that is a recognition of being able to be a real person.

Yes, I see teachers with passion and vision at work who have the will to really let children develop. Where the textbooks pay attention to the fact that every child can be there and that you can learn to live together. That there is a place in society for every child. That you also bear responsibility for your neighbor, the nature around you and the world on which we live. Where there is room for autonomy, relationship and competence.

No, the didactic way in which that happens differs.

Kobani heroically freed himself from the stranglehold of Daesh on January 27, 2015, and it marked the beginning of the principles that can now be found in the textbooks in North and East of Syria. It is very encouraging and the children in Rojava can enjoy the passionate teachers they have, and the new textbooks. What progress!

I greet all my dear young and older friends I met in Rojava! Serkeftin and Her bijî!

Jodi Liefhebber, or the name my Kurdish friends gave me: Jûdi Holenda 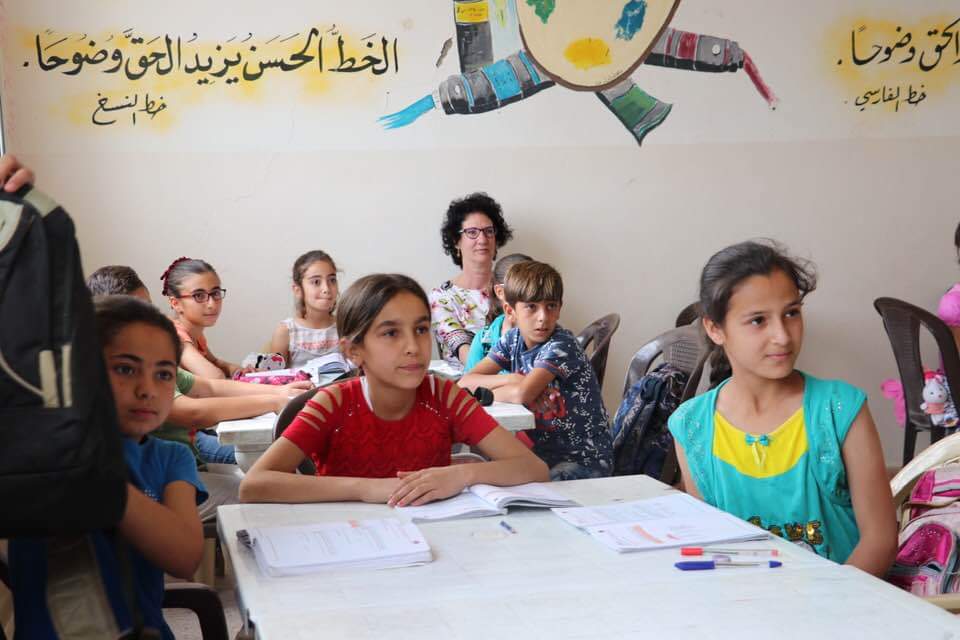 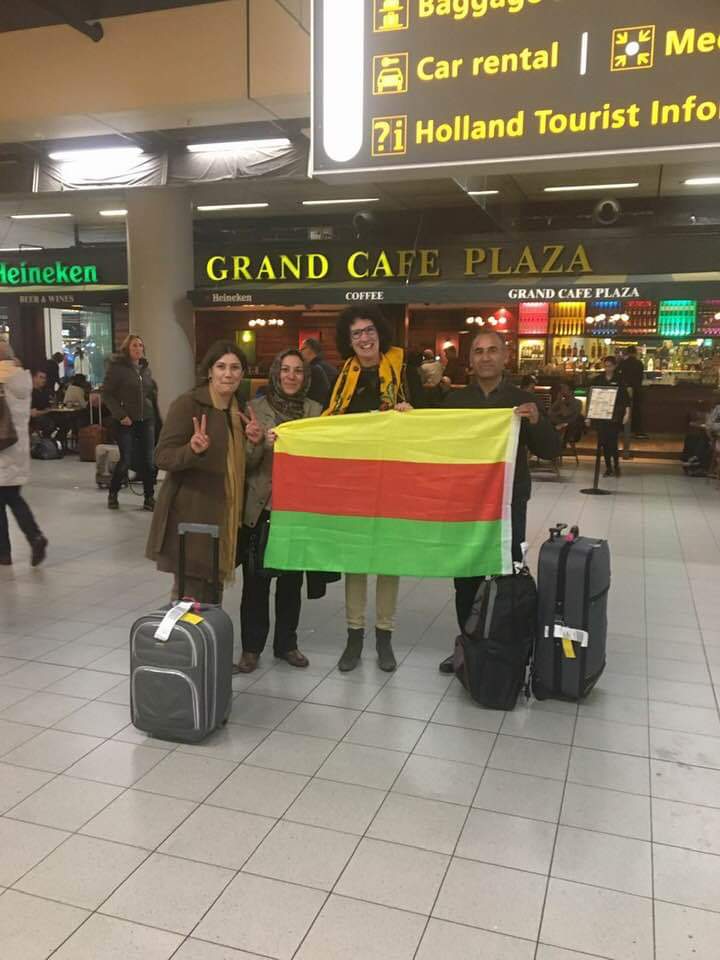 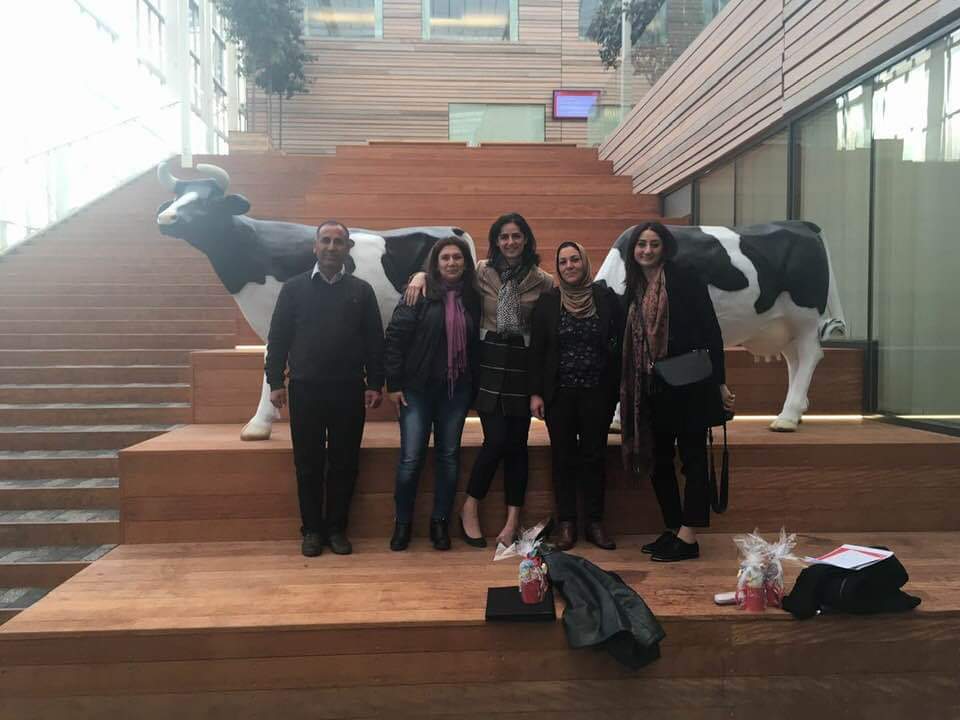 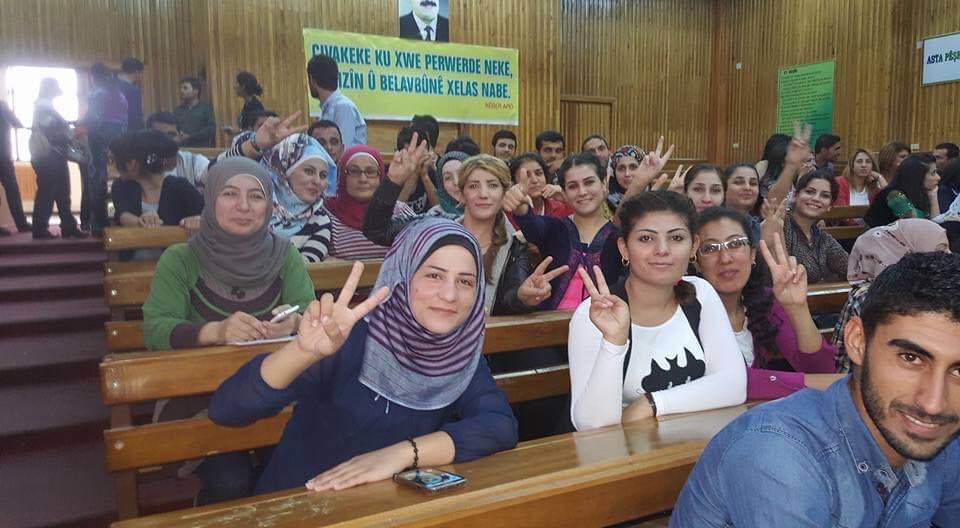 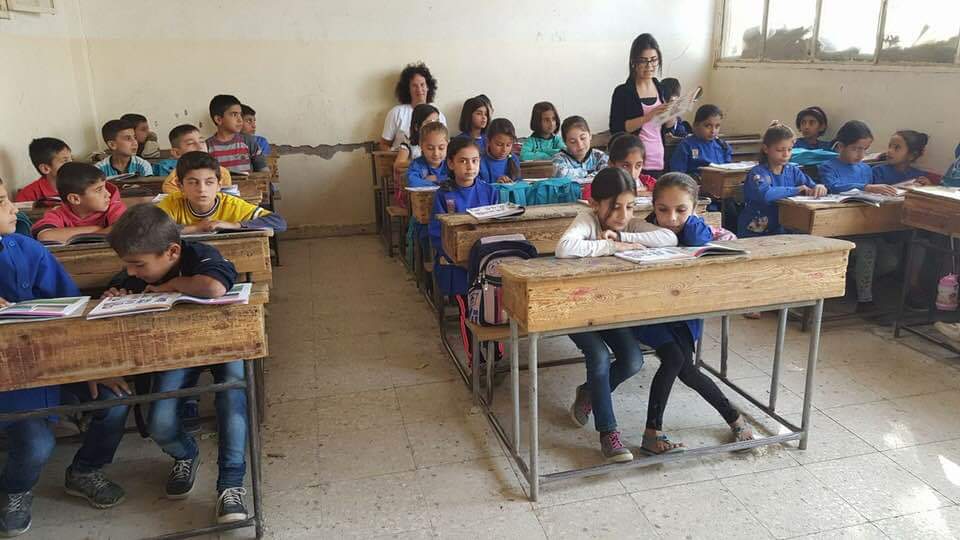 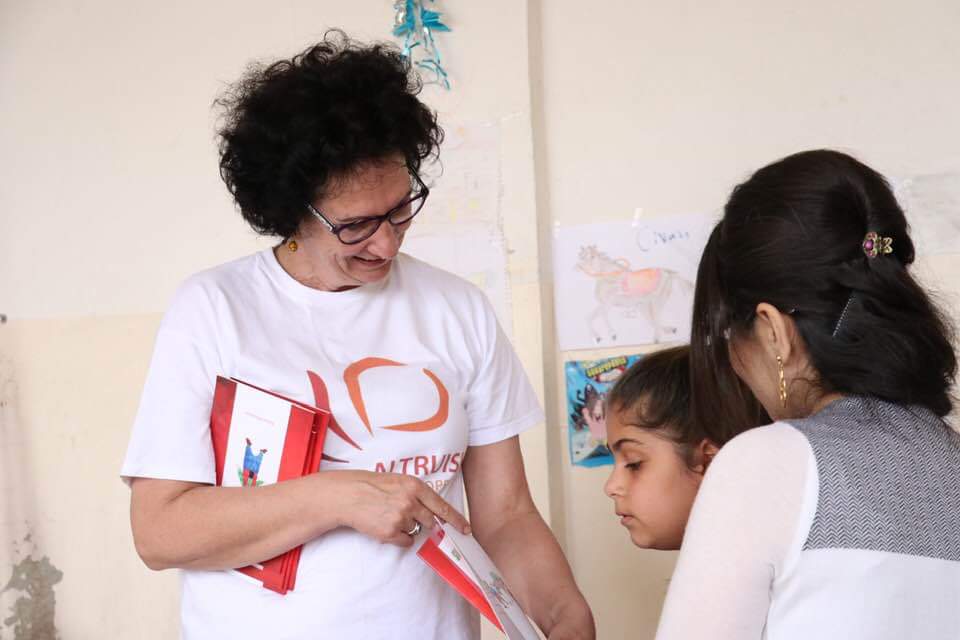 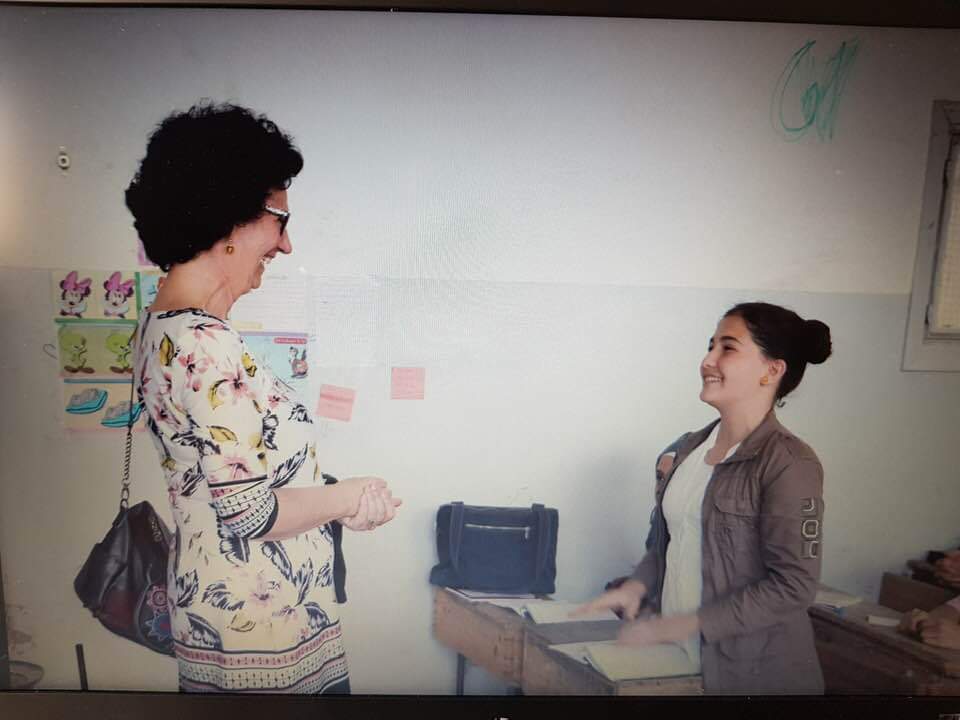 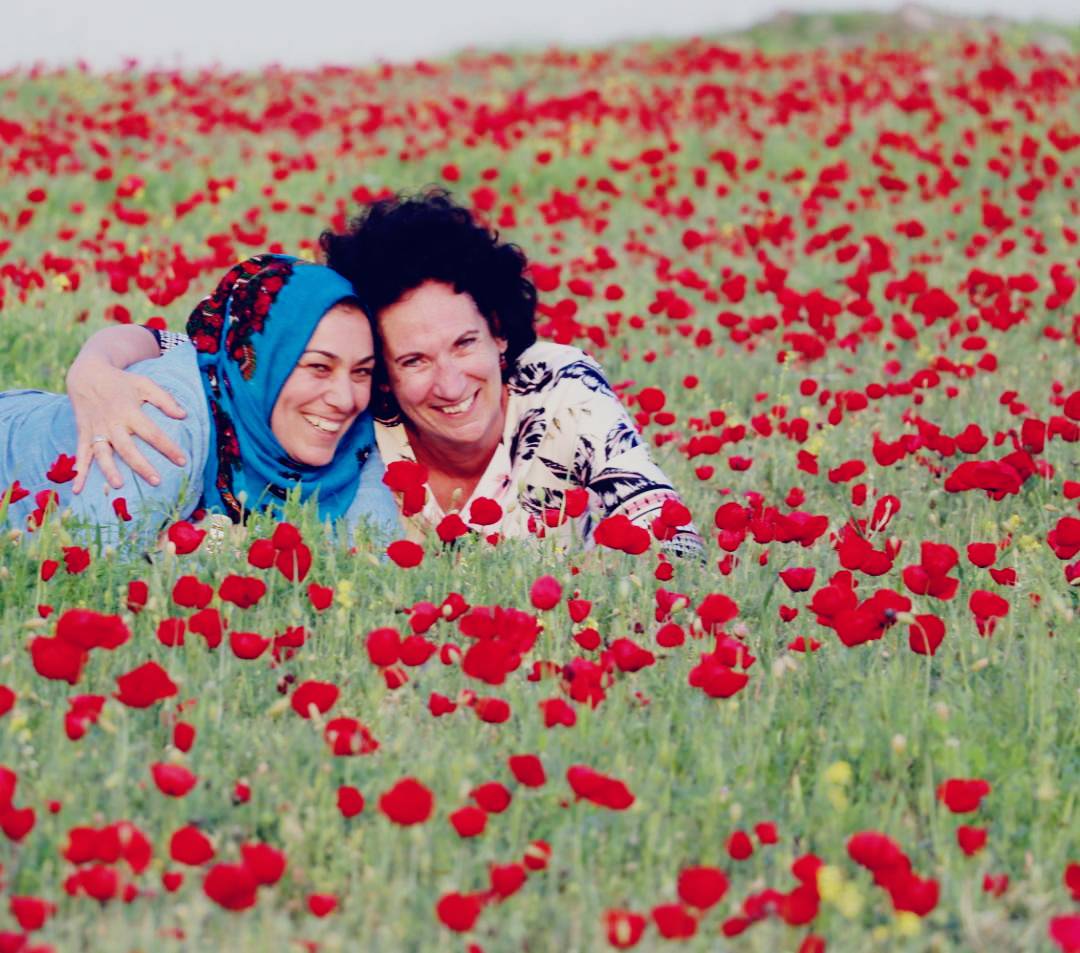 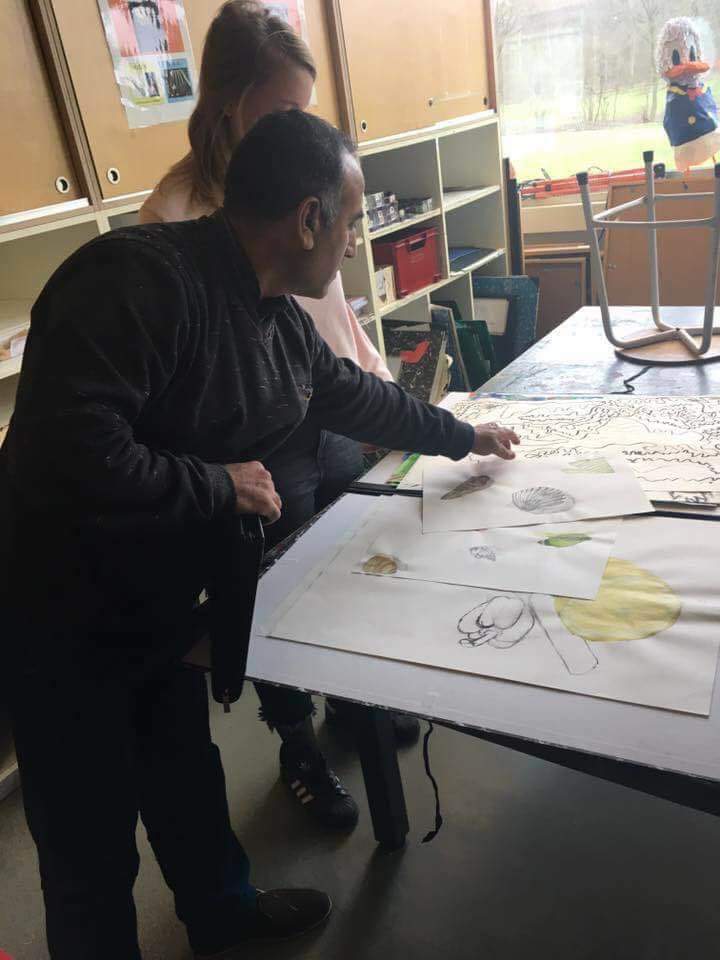 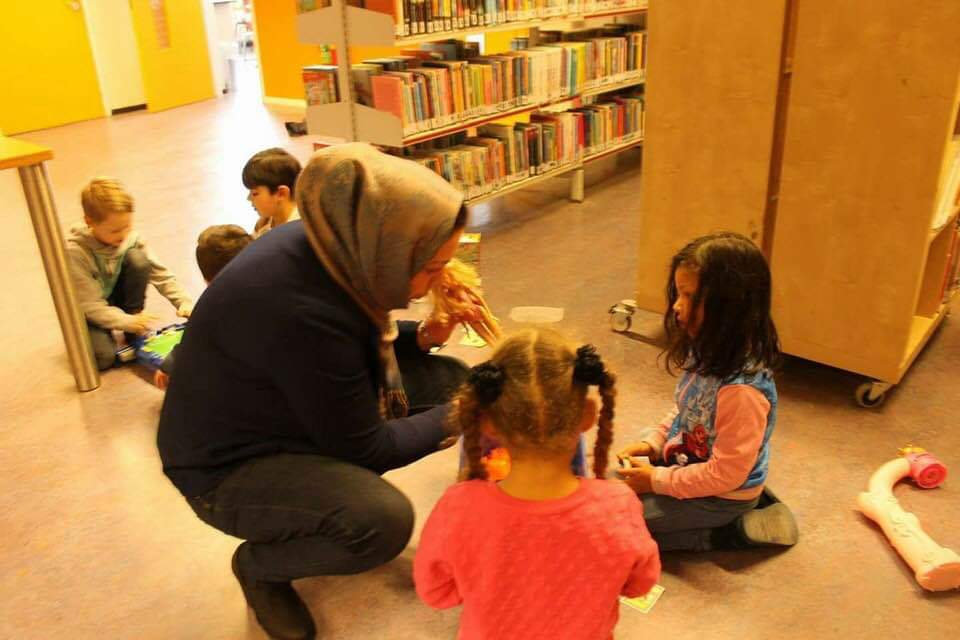 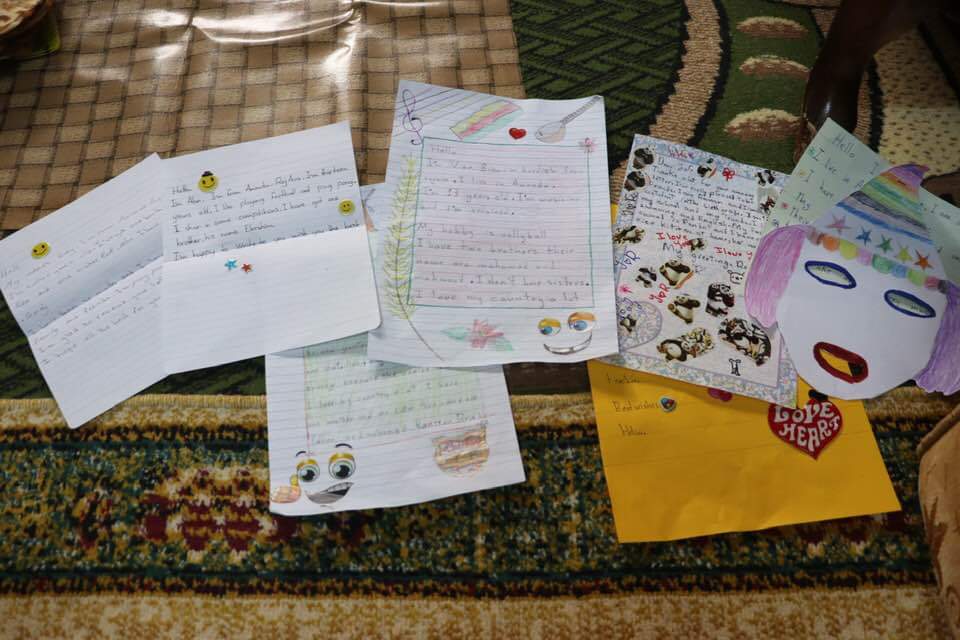 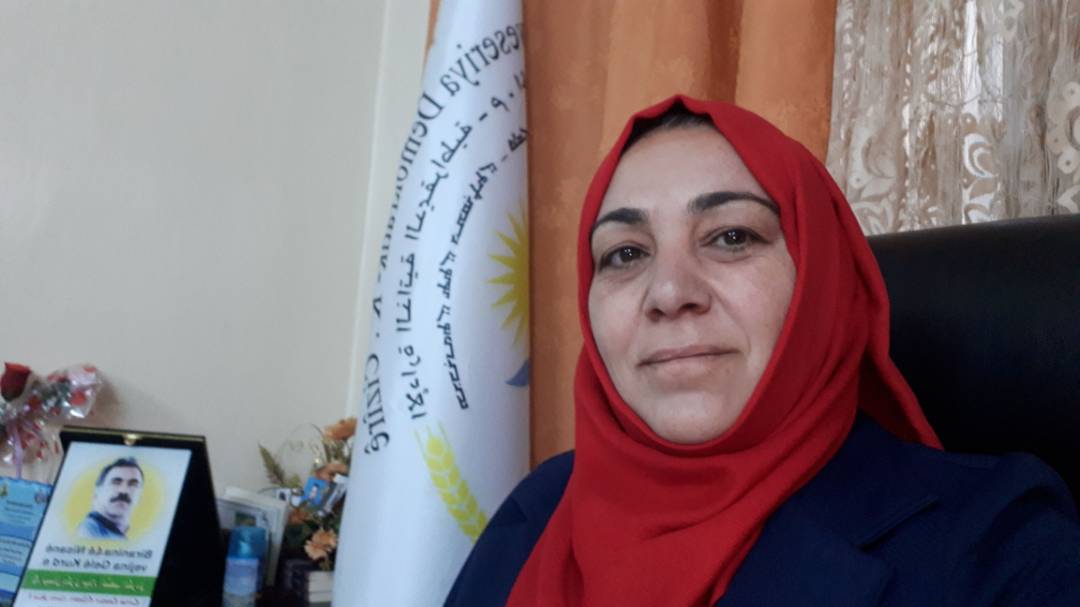 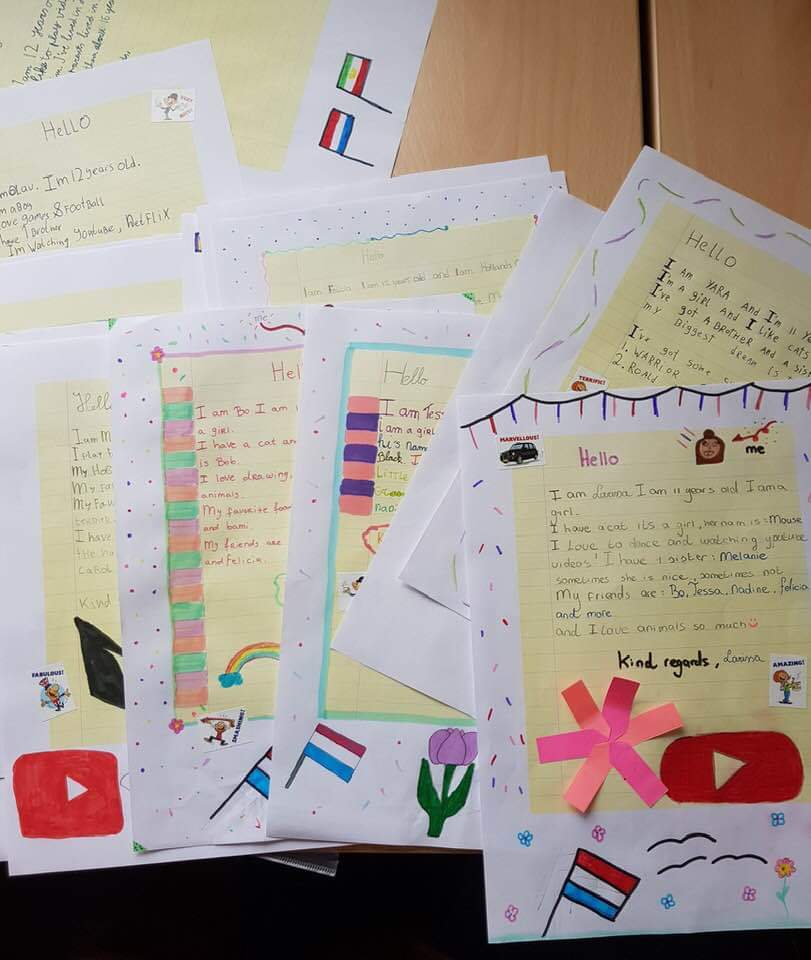